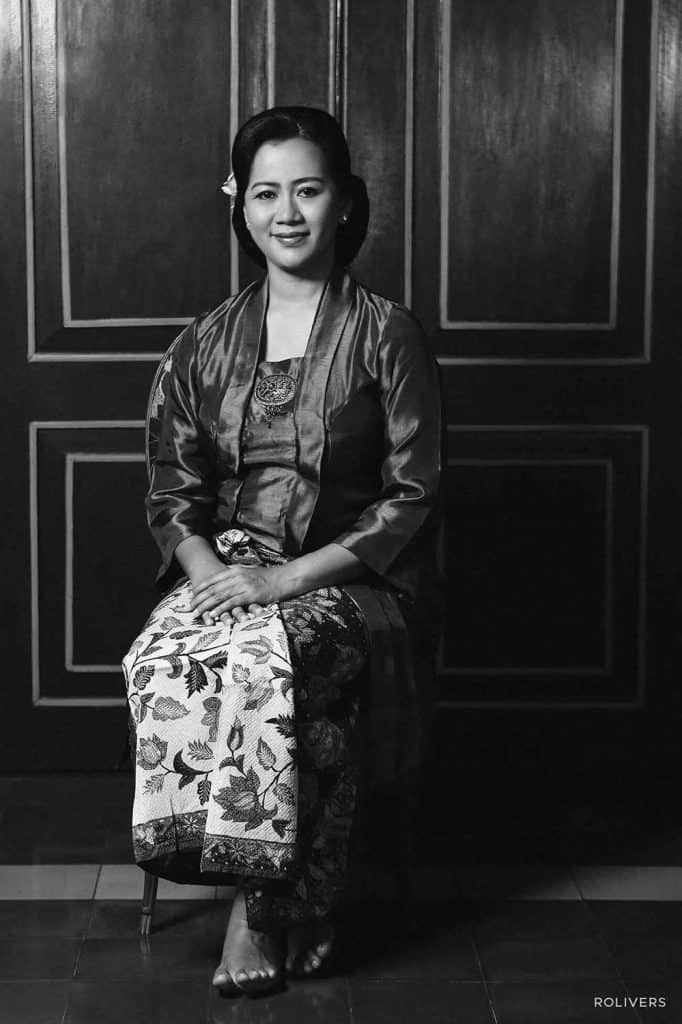 GKR Mangkubumi is the first child and Daughter of Sultan Hamengkubuwono X of Yogyakarta and his Queen Consort, Queen Hemas. On 5 May 2015 she was Proclaimed Crown Princess by her Father. She Married Prince Wironegoro, a Businessman and Philanthropist.

The eldest daughter of Yogyakarta’s Sultan is said to heiress presumptive to the throne
By Umesh Bhagchandani on Jun 05, 2018 – Tatler Indonesia

Gusti Kanjeng Ratu Mangkubumi is the eldest of five daughters of Yogyakarta’s Sultan Hamengkubuwono X. Born on February 24, 1972, Gusti Kanjeng Ratu completed high school in Singapore at the tender age of 15. The decision was made by her Majesty Queen Hermas, who wished to teach her daughters to live independently and not rely on the royal family or its male members.

After high school, Gusti Kanjeng Ratu (which GKR is short for) attended Griffith University in Brisbane, Australia, for her undergraduate degree. With her role as the heiress presumptive, the first female royal to receive such a title, let’s take a closer look at our very own Yogyakarta princess with three facts you may not know.

Before she was known as Gusti Kenjeng Ratu Mangkubumi, the mother-of-two was born as Gusti Raden Ajeng Nurmalita Sari. After her marriage to businessman and philanthropist Nieko Messa Yudha, her name was changed to Gusti Kanjeng Ratu Pembayun—the equivalent to Princess Royal.

In 2015, her father, Sultan Hamengkubuwono X, issued a Royal Decree whereby Gusti Kanjeng Ratu received Mangkubumi as her new name, which means The One Who Holds the Earth, officially denoting her as the heiress presumptive to the throne. Previously, the title Mangkubumi was reserved only to the male royal heir to the throne, but after the special decree, female royals become eligible in the line of succession.

Welcome to the ICC Livecast – a new podcast series where we take a deeper dive into global business trends and ideas.

On this episode, we take a unique look at the importance of wildlife conservation, small business financing, and education in developing countries. Our special guest is Her Royal Highness Gusti Mangkubumi – Crown Princess of Yogyakarta, Indonesia.

In addition, we also discuss the role both technology and skilled human capital play in growing the local economy with George Iwan Marantika – Chairman of the Association for Higher Education Institutions.